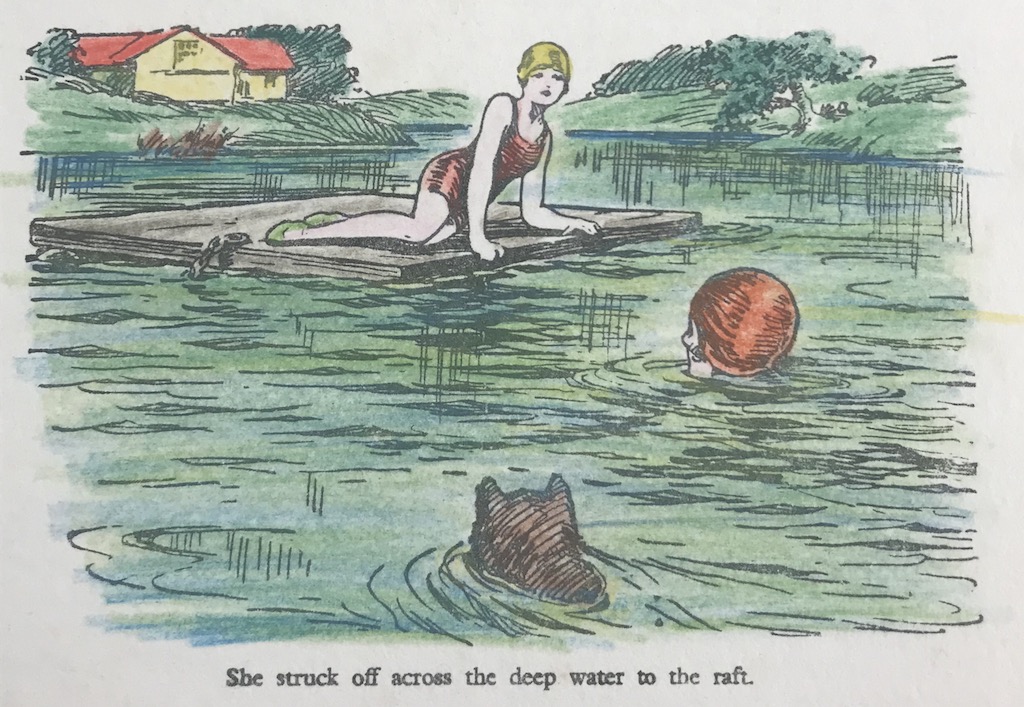 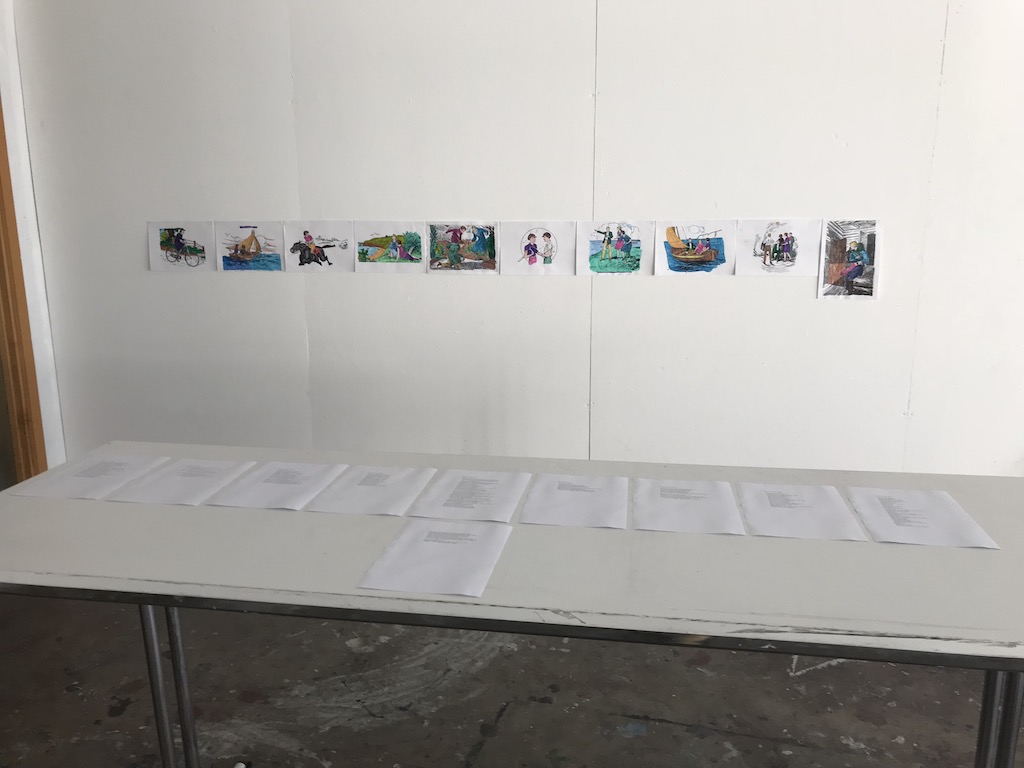 September Seminar installation, working with illustrations reproduced from old books of my nana’s and found poems.

Moving away from the traditional installation, pictures on walls, a more playful lay out worked better. 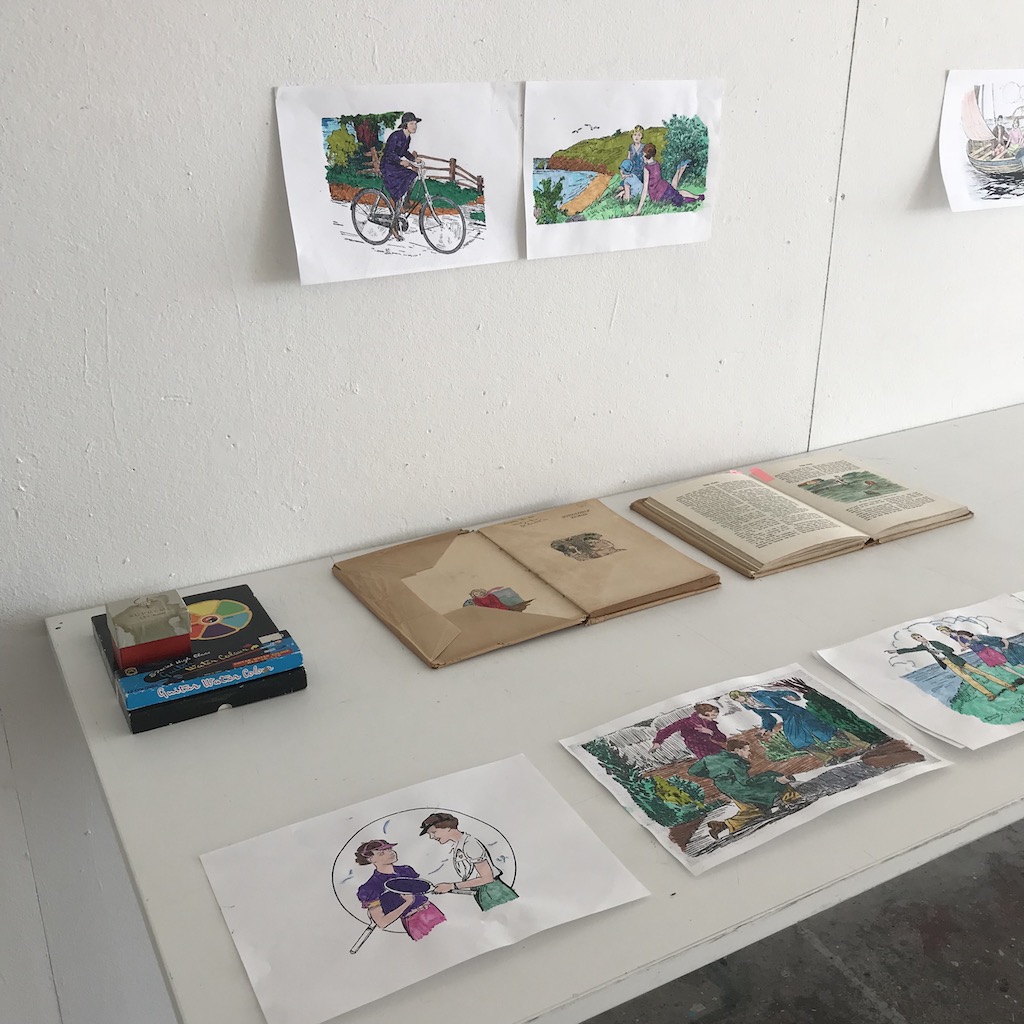 I installed a colouring space, which was not used ! That was ok, this was more of a sketch of an idea, than a resolved project.

Probably the most discussed part of the work – if it is part of the same project – were the found poems made from the illustration captions.

Conversations were had around the language, as it connects with another time, another generation, we talked about whether it was another work entirely, (probably) whether I need to further alter / recontextualise it (also worth exploring). I was worried about the racist and classist language (yes, sexist too…) and brought this to the conversation. I am less concerned about being thought racist – but concerned about using language that has been used – and is still used to harm people – I don’t want to contribute to that, but I’d like to critique it somehow.

So, working with the text is the next move for me, along with some other (completely different!) plans that have come from my projects in Dunedin and Whangarei….